The Quinta dos Peixes Falantes offers 4 accommodation areas in a rural setting, 2 houses with a bedroom and 2 studios surrounded by a garden that guarantees silence and total privacy for an immersive experience in the Azores.

Combining the traditional architecture of the Island of São Miguel with the most innovative construction methods, the Quinta dos Peixes Falantes guarantees a symbiosis with nature and its purity and the best comfort to those who visit us.

The Quinta is a unique place of sharing and communion, where our Azorean family lives, and where our guests can experience our daily lives sharing with us the common areas of the Quinta, where the Ermida (chapel), reconfigured and remodeled, is our living room and the extension of the dining room. 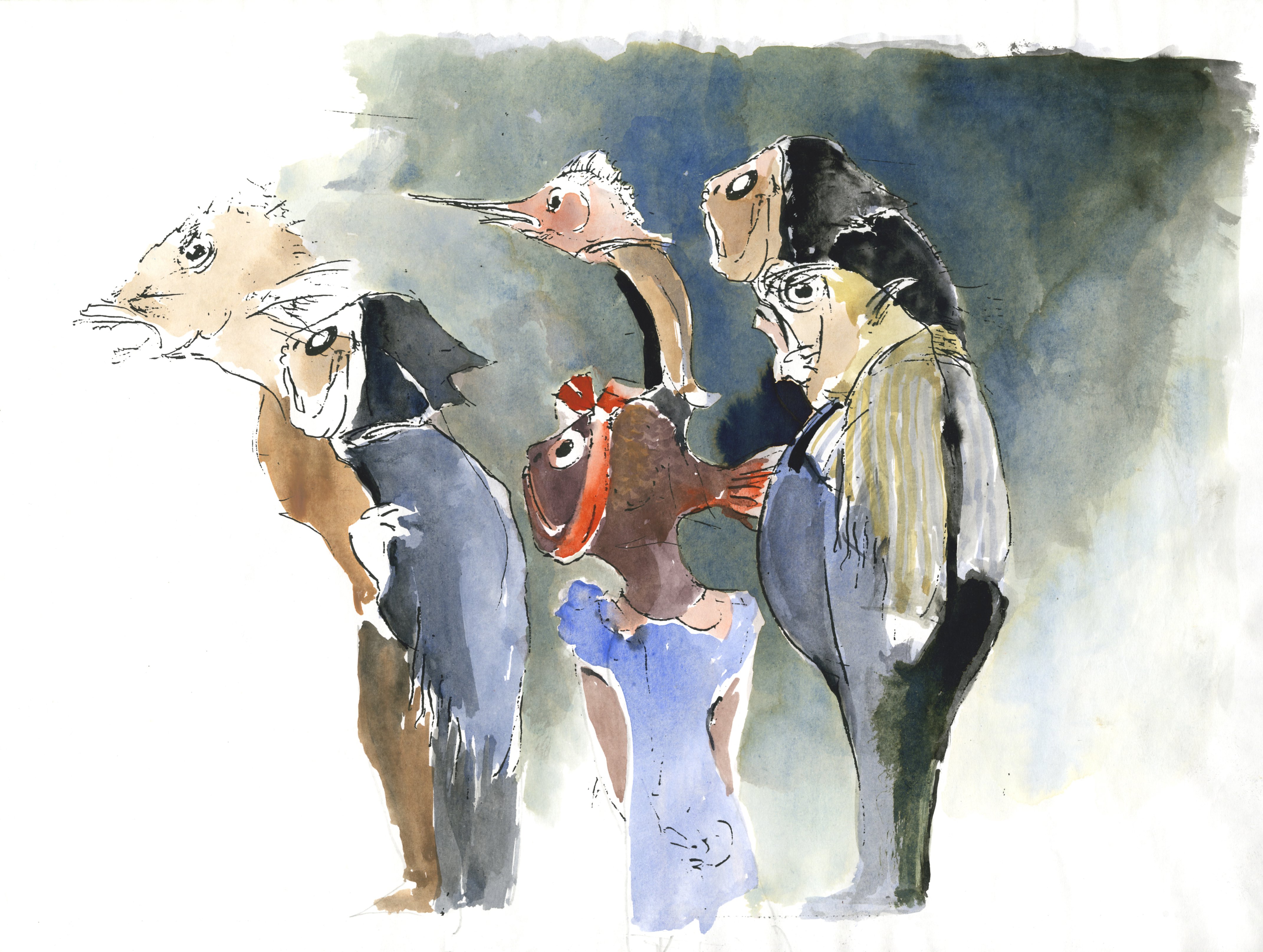 Here we gather the lives of the life of a family.

This quinta (orchard lodge), born and blessed by the Ermida (chapel) that borders it, has grown with the enthusiasm and warmth of the Azorean families´ social gatherings and cultural heritage.

Near the sea of Santana and replete with a myriad of stories between friends, relatives and neighbors, appear the “ talking fish” (peixes falantes). Fish that talk but don´t tell you their story- they give you the opportunity to build yours.

It is them who open the door and tell you that the Azores invite contemplation, and who come to the table, to the home and to the ground that you step on, and to you. Here the Azores are real- they are family, they are sharing. 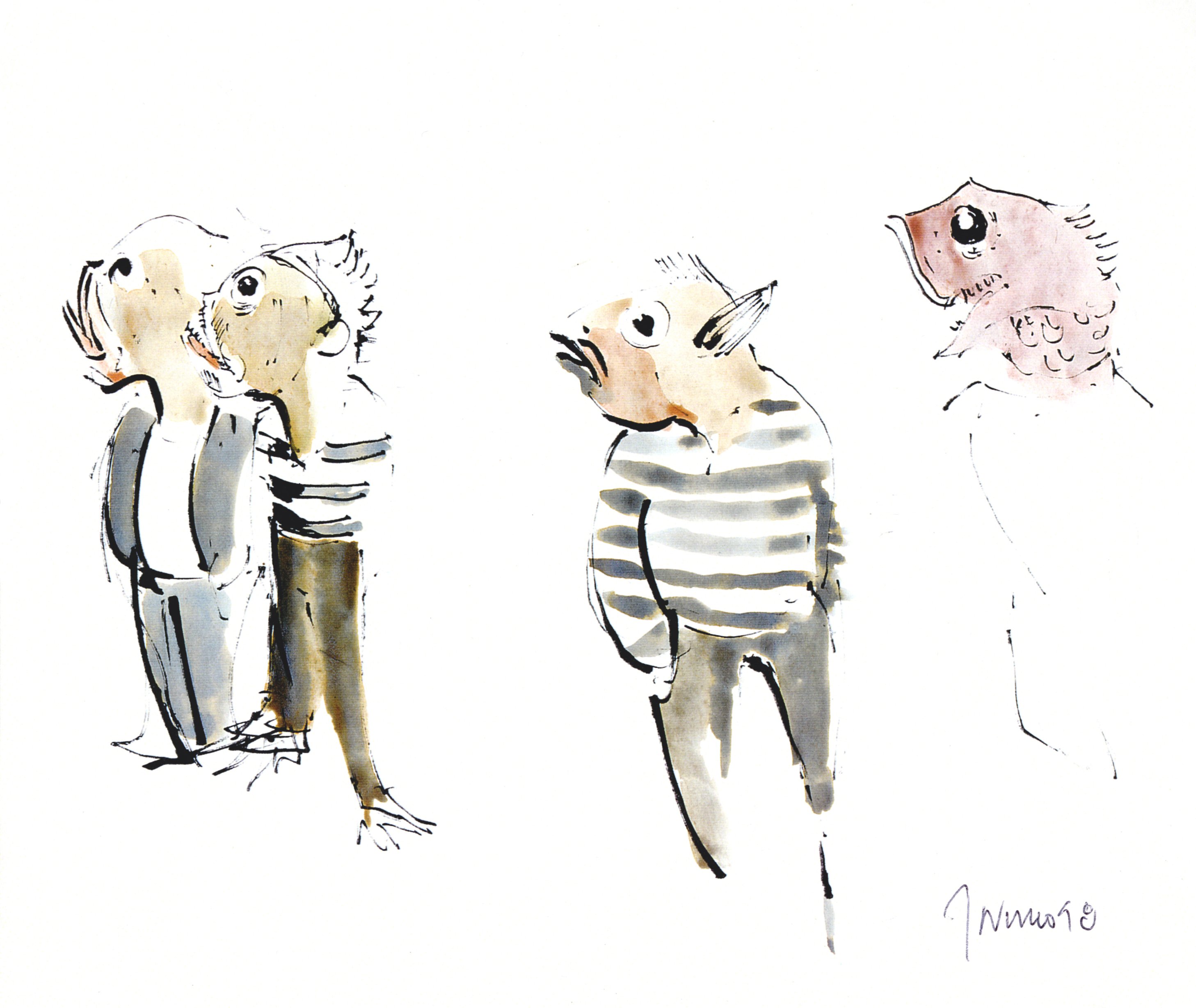 This is a story that begins with a chapel built in the 18th century. And from the chapel, the main house was born. And with the house, the quinta.

The Quinta dos Peixes Falantes was born amid the tradition and the common practice among some families from the Island of São Miguel to own summer houses near the sea. In this case, Santana was, for many years, the privileged area for families from Ribeira Grande to get together and spend the summer. It is a privileged area with a microclimate that offers unique conditions throughout the year.

Without ever forgetting the connection between the countryside and the agricultural activities, the orchards and the vineyards, these quintas and these settings were places of sharing between neighbors and the community, where they would get together to socialize and play ´croquet´, an uncommon game these days.  It was here that stories were built and lifelong relations were cemented that went from generation to generation.

The Quinta dos Peixes Falantes is, thus, a typical Azorean summerhouse that has been transformed throughout time serving the most varied purposes but remaining, always, in the same family. Today, the house of an Azorean family offers its house and its art of well receiving.

In addition to these unique conditions, Santana became even more interesting for being the first place on the island of São Miguel with an aerodrome, also known as aerovacas (aerocows), and became a must-see attraction in the 40s and onwards. 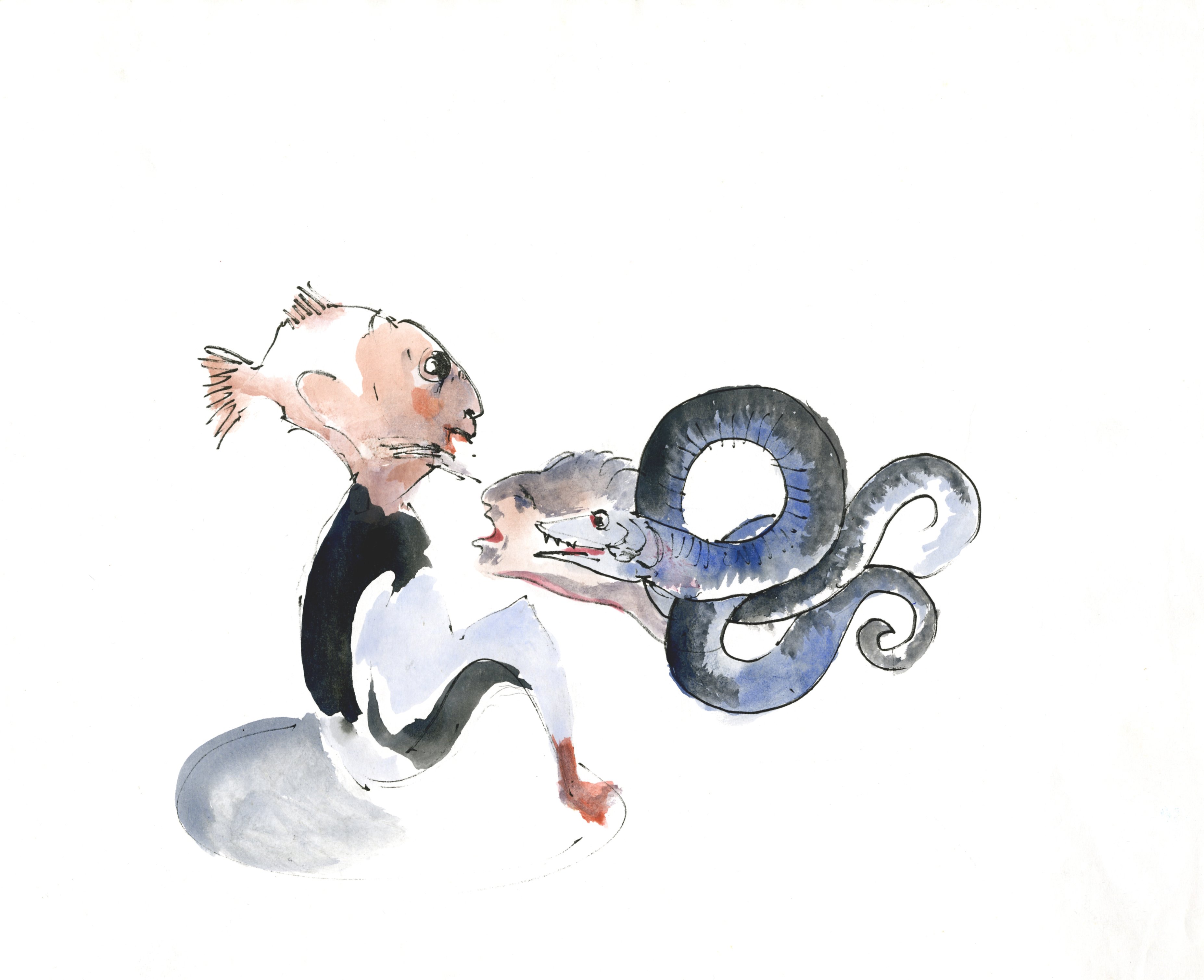 The Quinta dos Peixes Falantes is an architectural project by the Azorean atelier M-Arquitetos, and it has a very special characteristic: the architect is the owner of the quinta, and besides being the owner, he is a descendant of the family who began the construction of this quinta.

Because of this, and with the aim to preserve the essence and originality of the place as well as its family heritage and memories, there was a concern to value the current architectural heritage by blending tradition and modernity.

It is with this in mind that we can find the Azorean basalt walls that surround one of the main houses of solarengo style, the so called ´Micaelense style´ (typical of the island of São Miguel) which was very common at the time of its construction, and which entirely delimitate the quinta. The old currais de vinha (stone walls) have also been used for the construction of the two studios inspired by the arribanas (an old agricultural annex) and which reflect architectural models of the Island of São Miguel.

The ´casa do caseiro´ (the caretaker´s home) has also been used resulting in two units (a house with a master bedroom), where we can find the original floors with typical regional tiles, as well as typical traits of Azorean farmhouses.

Regarding the types of materials used, regional and natural resources were used, such as basalt and cryptomeria for the exterior walls of the two studios and Portuguese pinewood for the interior walls.

The remodeling of the Ermida (chapel) resulting in a completely unique place for social gatherings, events or meetings, the blending of history and tradition with contemporary architecture, and the excellent use of the garden and outdoor areas with the introduction of endemic plants and typical Azorean arboreal species or fruit trees, are, unquestionably, some of the highlights of this project. 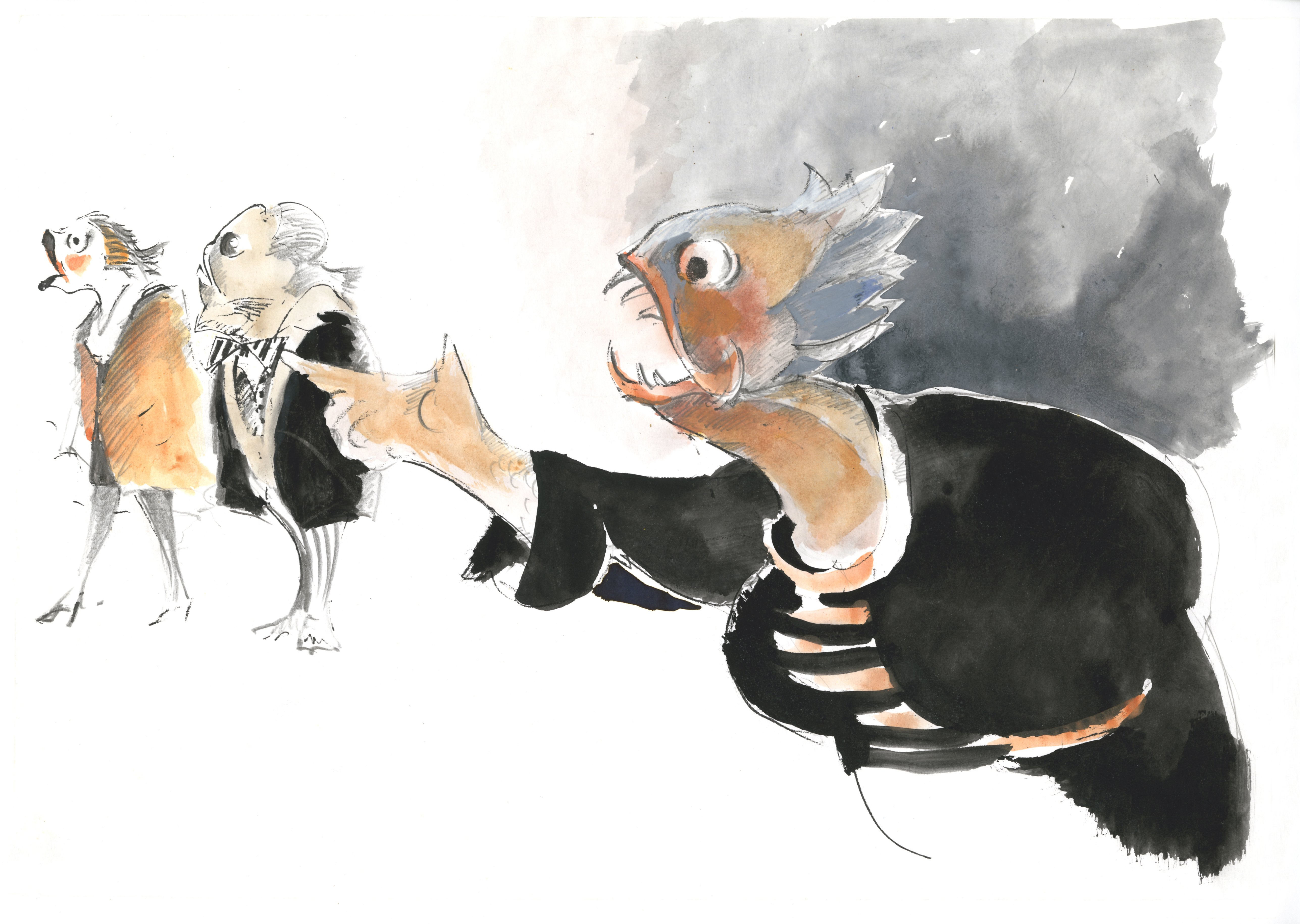 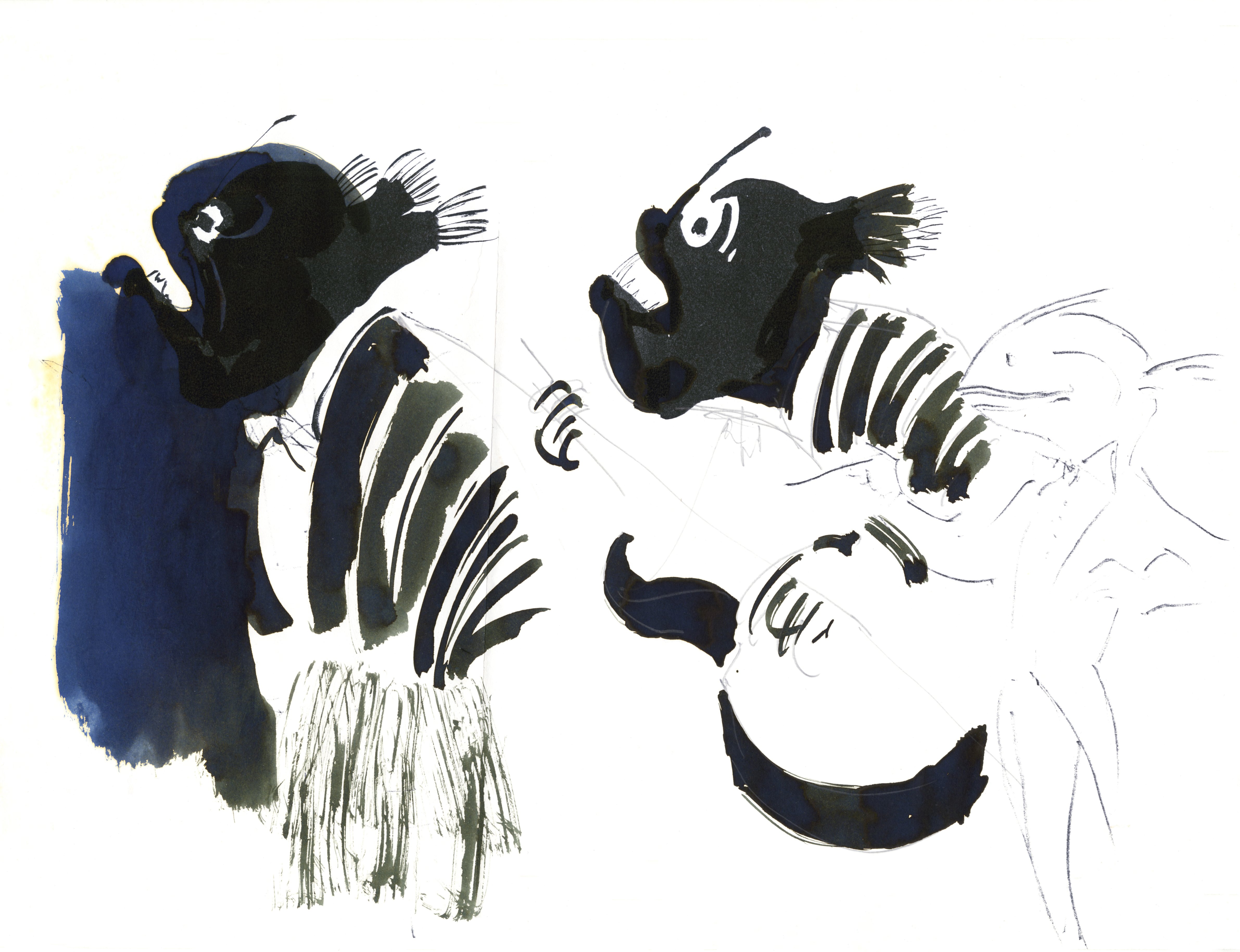 The Azores are known for their exceptional intellectuals who carry an enormous emotional burden that has been highly influenced by their islander experience and which makes them truly unique.

Here, in the Quinta dos Peixes Falantes, it could not be any different. From the artistic expression present in the Ermida to the architectural component, everything has a purpose and that is why the fish talk to us.

They are an artistic creation inspired by the Sermon of Saint Anthony to the Fish by Padre António Vieira, a literary work of great importance in Portugal, and which has been materialized into a set of unique paintings that the author, uncle and relative of the owners of Quinta dos Peixes Falantes, left to his nephews as a legacy, and that today colors and feeds the history of this unique place in the Azores.

Besides their sentimental value, these works of art are of great artistic value for they were made by the Azorean author José Nuno da Camara Pereira.

Who was José Nuno?

José Nuno da Camara, or, José Nuno as he was known in the cultural milieu, was considered by many as the most or one of the most ´important Portuguese plastic artists that lived in the Azores´.

He was born in Santa Maria Island and dedicated his life to painting, sculpture and to education. He received many distinctions and awards, such as the award for the first Biennial of the Azores and Atlantic in the third Exhibition of Plastic Arts of the Calouste Gulbenkian Foundation.

Upon his return to Portugal, and later on upon his return to the Azores, he participated in the creation of the Art and Investigation Center (CAI) and founded the Oficina d´Angra- a Cultural Association.

His last and great exhibition, titled ´Um Sisifo feliz´, was in 2016 at the Arquipelago, the Center for Contemporary Arts of the Azores. 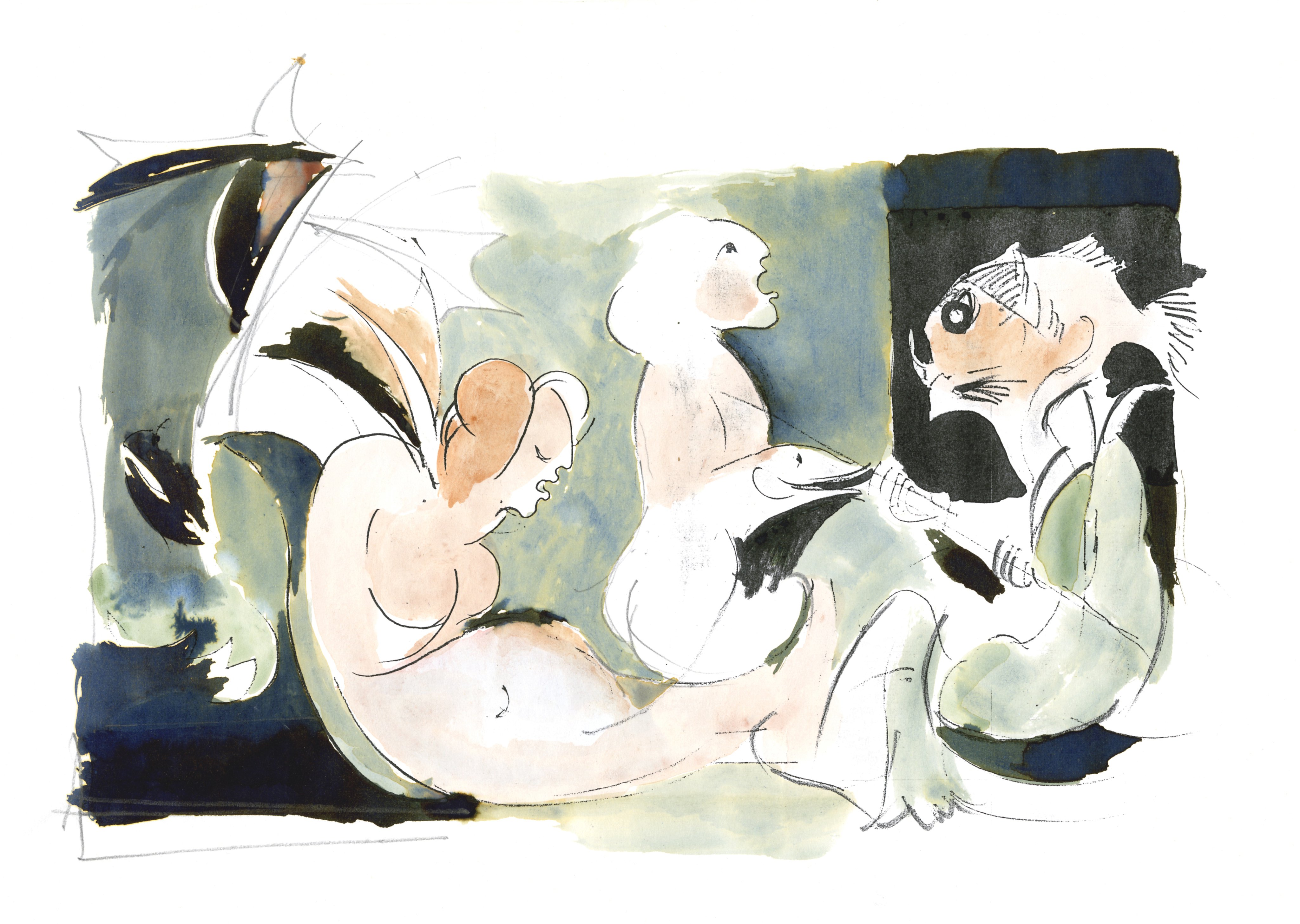 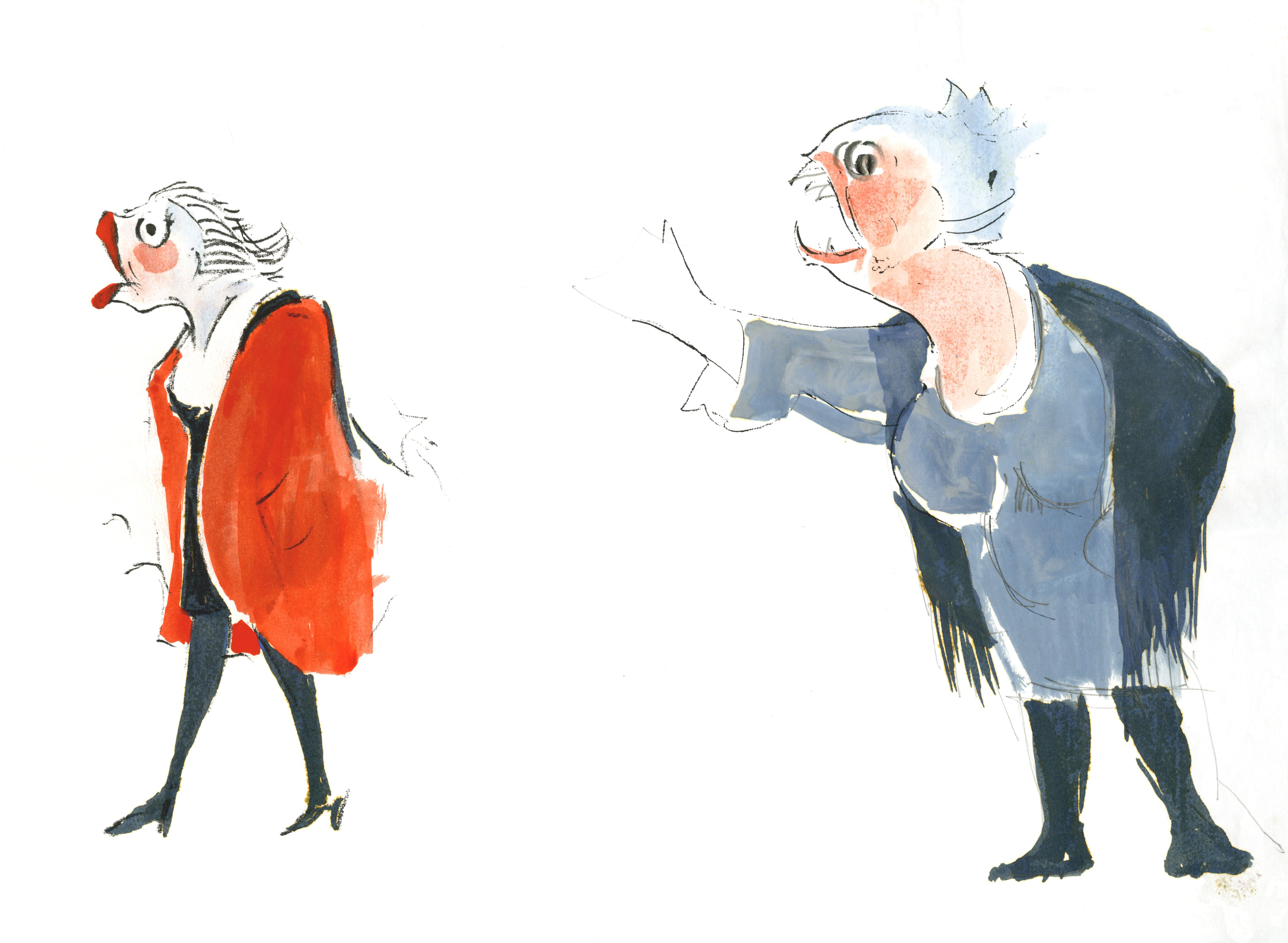 The Quinta dos Peixes Falantes reflects, in a contemporary way, the lives of a typical Azorean summer farmhouse of the 20th century, whose experiences we share with our guests, as each lodging unit has access to a private garden area for their enjoyment.

The outdoor area features small woodlands and the agricultural component has been reinforced with the planting of a new orchard, which supplies the Quinta with its organic and in season fruits, and where our guests can pick and try their own fruits as if they were in their own Quinta.

The traditional metrosideros hedges (abrigos), the incense, the hibiscus or the camellia trees can be found along the old pedestrian ways, which have been recovered and where we can observe the reintroduction of endemic Azorean species, such as the laurel or the beech, which have created a green area utterly unique in this type of lodging.

Here, all the plants, all the trees, and all the flowers have their own story. Try asking them where the yellow roses came from… 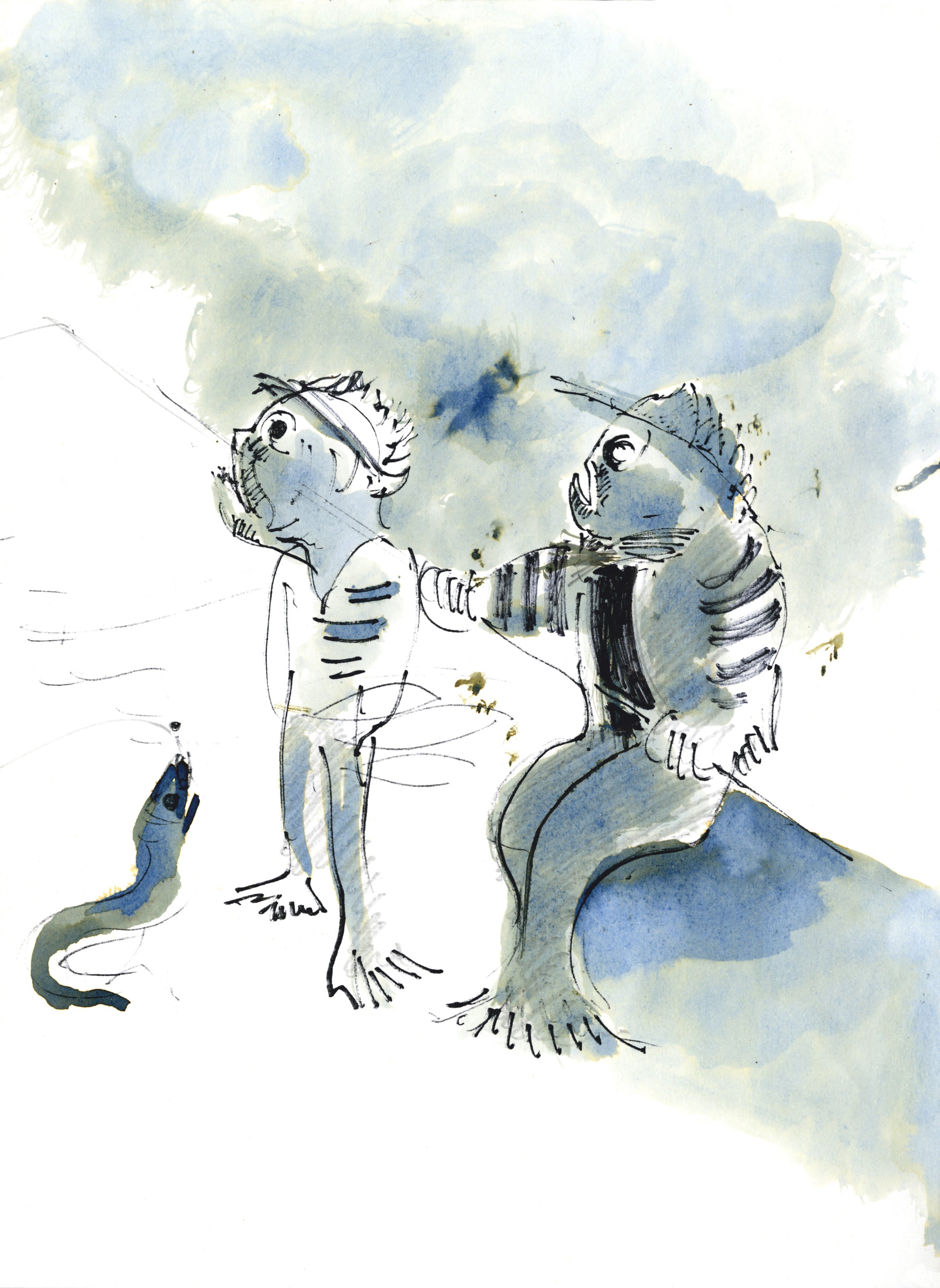